Sugaring vs Waxing: Top 5 things you need to know 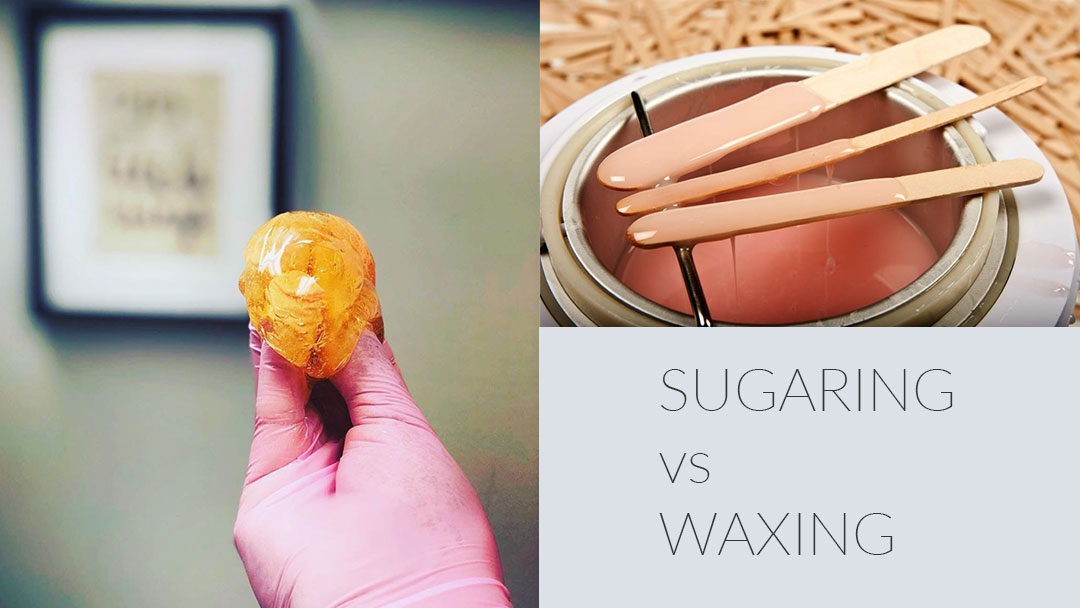 It’s impossible to keep up with all the latest trends in the skin treatments and methods, but out of all, sugaring and waxing have stood the test of time. Sugaring, the art of hair removal have been around as early as ancient Egypt. It is believed that Egyptian beauty Cleopatra have used sugaring to keep her body hair-free. Research says that hair removal is increasingly the norm in Canada, United States, Asia and the United Kingdom with industry set to touch US$ 18,814.3 Mn by 2026. (Ref: Transparency market research)

Waxing and Sugaring are often grouped together when it comes to hair removal methods, but they both are different methods. To get to the heart of the this, we have asked WAXOXO director, Reena to put together the list of top five things you need to know.

“Sugaring is an all 100% organic hair removal method that uses sugar, lemon, and water to remove hair,” says Reena

Sugaring is a form of hair removal technique that resembles waxing, but it is gentler on the skin. It’s all-natural as it uses only sugar, lemon, and water. Sugaring tends to hurt less than waxing because it tends to pull less on the skin and thus causing less irritation and redness. A ball of sugar is used to remove the hair that uses your body temperature to melt itself as the hair removal technique is being performed. With the gentle scrubbing action and the antioxidant properties of lemon, your skin feels much smoother and supple after the technique is performed.

If you’re worried about allergies, just ask our X-Pert®

“Waxing is a fast, tried and tested method of getting rid of unwanted body hair. At WAXOXO we use tea tree essential oil and aloe gel after the waxing that makes waxing an excellent way of hair removal,” says Reena.

Waxing is a form of hair removal method that is fast and uses wax strips and wax paste to remove the hair. With waxing, larger areas can be waxed quickly and at once. Some of the benefits are that it is a little easier on the wallet as compared to sugaring. Sugaring is more technique based method vs waxing is a simpler method of application and removal.

If you’re worried about essential oil or aloe gel, just ask our X-Pert®

With sugaring, you can remove much shorter hair i.e. about 1/16″ inch and for waxing your hair has to be at least half inch.

4. Sugaring vs Waxing: Which one should I choose?

According to Reena, each technique depends on the body area, hair thickness, and length. For shorter finer hair, she suggests sugaring as the smoother results last for up to 5 weeks. She prefers sugaring as its all organic and lasts much longer and redness is almost none. If you are particularly heat-sensitive with sensitive skin then sick with sugaring.

Waxing is for thicker and longer hair and it is somewhat hot to work and apply on the skin. Waxing results last up to 4 weeks as the hair is pulled from the root as compared to sugaring which removes from the bulb altogether.

If people tend to break out a lot after waxing, then stick with sugaring as areas such as bikini and arms and face are generally sensitive. For legs, you may choose either between waxing or sugaring depending on your skin type as both tend to give good results.

If you are particularly heat-sensitive with sensitive skin then stick with sugaring.

If you are particularly heat sensitive with a sensitive skin then stick with sugaring.

5. Does waxing or sugaring hurt?

Pain is a personal threshold for people. Some people are very sensitive, while others not so. Sugaring is generally less painful as compared to waxing and if you maintain your hair removal by waxing or sugaring, then the pain reduces a lot over the long run with less hair growth. For clients who have less pain threshold, Reena recommends they buy the FDA Canada approved Zensa Numbing Cream with them. Clients can apply this before they come for the appointment.

There you have it, the top 5 things you need to know for sugaring vs waxing. If you’ve found that your skin feels aggravated after waxing, you may want to give sugaring a try, which is better for sensitive skin. Either way, both techniques remove hair for an extended amount of time.